How We Shift the Status Quo in Philanthropy

This piece was co-authored by Ashoka’s Michael Zakaras and Manmeet Mehta and Geneva Global’s Nathaniel Heller.

If there was ever a moment for systemic change in America and worldwide, this is it — with a global pandemic putting in stark relief the inequities designed and maintained by the current world order. 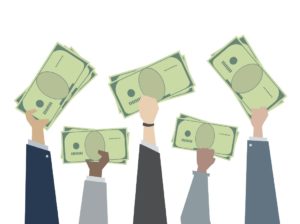 Far too many Americans are vulnerable, our democracy is more fragile than ever, and the black-white economic gap is as wide as it was in 1968. The moment demands critical reflection: What have the last eight months taught us about systems change as a vehicle for societal progress? How might the methods of funding systems change need to evolve and catch up — or speed up to support structural change in our communities?

1. Philanthropy might be speaking more about systemic change but its practices lag well behind.

Leaders in philanthropy seem to be acknowledging: we’re not doing enough. But even where the conversation has shifted toward ambitious aims like changing systems, in practice philanthropy appears stuck. It focuses too often on short-term solutions and direct service programs, and places far too many restrictions on grants.

This mismatch can be stark. Tim Hanstad, the CEO of Chandler Foundation and a co-founder of Landesa, shared a Bridgespan study that reported that 90 percent of systems-change efforts take 20 years, yet the average grant in the US is 18 months long and $50,000 in size. And a recent study from CEP found that while foundation CEOs favor general operating support, only 11% of grantees received multi-year general operating support with no coherent explanation accounting for the gap between foundations’ rhetoric and their actual behavior.

“Even in this time of weak and collapsing systems — still, people don’t truly get what this opportunity is, what’s possible. I am still seeing so many one-shot type solutions and siloed thinking about what needs to happen.” – Ruth Rominger, The Garfield Foundation

2. Trust and listen to changemakers who are proximate to the problem.

Part of doing better requires interrogating the very mechanics of philanthropy — the “who” and “how” of the grantmaking. Those closer to the problem, with lived experience, know much more about it and tend to offer solutions aimed at the root causes.

“Armchair philanthropy far from the problem is an old model that has to go. When those with lived experience have the resources and flexibility to jump into decades of transformative work, that fundamentally can change the game.” – Nick Tilsen, NDN Collective

If philanthropy wants to be more effective at systems change, it starts with listening in an active, present way, rather than merely consuming information or data. We must worry less about getting volumes of grant funding out the door— or at least we must worry about ensuring the grant funding is aligned with systems change ambitions. In particular, in the US, this listening involves addressing the generational impact of oppression and marginalization and creating space to acknowledge the pain rather than skipping immediately to where we are right now.

Changing systems, culture, norms — this is complex work that takes time. Decades even. The causal levers are not always clear. So what if funders cared less about attribution? Or about the perpetuity of their endowments? What if, instead, philanthropists — like many NGOs — aimed to make themselves irrelevant by changing the underlying conditions that require their philanthropy in the first place?

“The culture of philanthropy has to change — it has to become more collaborative, more nimble, more about shared power. Governance practices are often overburdensome and biased and are not effective for systems change.” -Kelly Nowlin, Surdna Foundation Trustee

Funders need to start thinking more broadly than their individual organizations and understand that systems change will only happen when they look beyond their respective portfolios and toward re-writing the social contract. This new outlook then opens the door to a more collaborative approach that can be quite freeing: less about my success and more about agreeing on a collective direction for humanity. Suddenly you start to see potential allies everywhere.

4. Build leaders in the social sector and philanthropy if you want to advance equity and inclusion.

Philanthropy should place less emphasis on programs and more emphasis on leaders. Less emphasis on short-term wins and demonstration projects and more emphasis on changing culture and norms in the long term. Less with achieving a guaranteed impact and more with using money to accelerate existing movements and changemakers who are living the problems they are trying to solve. This is particularly important for communities of color for whom the gap between the ideals of equity and inclusion and their lived reality is most stark.

Another shift concerns the “how” of grantmaking: pivoting from the role of philanthropist as master planner to a catalyst of existing solutions. What if more grants were direct wealth transfers to communities with trusted local leaders deciding how and where to allocate the money?

A lot of this comes down to imagination and creativity, and willingness to trust. Why is it that so often the very people who made long-shot business bets on talented entrepreneurs approach philanthropy as a kind of basic algorithm of inputs and outputs? Talent matters in business, and it should matter as much — arguably even more — in efforts that shape social change.

5. Embrace a bold imagination. And then institutionalize it.

The intertwined themes of changing culture and practice are critical to philanthropy’s role in accelerating systemic shifts. Culture still eats strategy for breakfast. Funders should start treating program partners as true partners rather than as subcontractors in achieving an agenda. That’s a mindset shift. And it’s challenging for many philanthropists because of the power dynamics inherent in the system. Many people in a position to give away money have been successful in the world’s eyes, and being successful in one field does not equip one for learning with humility about other things.

The silver lining of the pain and suffering of this pandemic year is that what seemed impossible just a year ago seems much more possible today, including in philanthropy. People are asking hard questions. But whether we collectively rise to the occasion depends on whether we stay on this learning edge and push beyond the comfort zone, beyond what’s “normal,” and embrace radical imagination for the next grant cycle and the ones after that too.

“With every calamity of 2020, we saw a crisis of consciousness and calls to action in philanthropy, but “emergency” resources often flow to existing vehicles (like the United Way) that don’t necessarily have the social imagination of the black liberation movements (a good example of this being the Democracy Frontlines Fund). There is nothing wrong with United Way or funding direct services, but we also need to fund systemic change. We should be asking who will drive policy and culture change.” -Pia Infante, The Whitman Institute

The full video of this conversation is available here.