A new mindset for philanthropists

This piece was co-authored by Ashoka’s Michael Zakaras and Manmeet Mehta and Geneva Global’s Nathaniel Heller.

To truly make positive change, philanthropists need to think at the systemic level. This message is growing more mainstream, yet behavior within donor institutions hasn’t changed much. How do we create new norms to move from ambition to action? 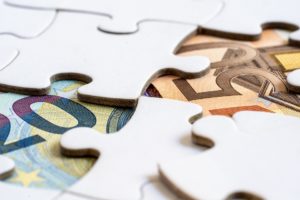 1. We shouldn’t expect philanthropists to magically embrace this new mindset.

Put another way: without external pressure and incentives, it’s unlikely that more than a handful of philanthropists will embrace the transformation necessary to reshape systems.

For instance, systems-change solutions require a shift from short-term, project-based funding to longer-term, evolving solutions. This requires trust. A range of successful tactics came up in the discussion — more regulation, positive role modeling, and coordinated collective action among grantees, to name a few. The big takeaway: enlightened leadership at the top of philanthropic institutions will not be enough.

2. The social sector lacks the forces to shake things up.

The social sector isn’t set up “weed out” donors who address only symptoms rather than the root causes of problems. We wondered: could more coordinated action by higher-performing, mission-driven organizations collectively challenge the sector’s hardwiring?

In the past, Geneva Global and others have asked whether foundations need program officers at all. But there may be something deeper to explore. Program officers could play a powerful part in shifting mindsets at their institutions, especially when many influence the make-up of their portfolios. What if program officers begin making 10-year grants — aimed at long term change — instead of 1-year grants?

Many participants called out the perverse incentives for program officers. If we reimagine grant reporting to better serve grantees, reducing the time and complexity involved, will it threaten the program officer’s role? Perhaps, the group imagined, program officers could serve as coaches or collaborators in service of the grantees and partners, rather than overseers.

4. Innovations in grantmaking are emerging, but need to take root.

As the conversation closed, many urgent questions came up. Like: why not randomize grant awards from a pool of equally qualified organizations and projects? Why don’t we have grantees rate and make funding decisions for other grantees? What if there’s a certification (think “Fair Trade for Funders”) to celebrate those who are embracing this new approach to philanthropy?

5. Proximity to the problem matters.

It’s easy to jump to practices and policies, but we need a cultural shift first. Without an ability to listen, without humility in the approach to grantmaking — and addressing donor-grantee power dynamics in the first place — we’ll often be stymied in our quest for a more equitable world.

There is no easy answer to shift mindsets. But getting proximate to the problem is essential to identify the root causes and work towards a solution. Philanthropic teams shouldn’t reflect the donor’s world — they should be comprised of those close to the communities the donor aspires to support. Having a ground-game and prioritizing local knowledge is essential to shifting systems and bringing the right solutions to scale.

Our first salon tackling these topics took place just a week before the historic 2020 US Presidential elections. Today we’re seeking to making systems-change philanthropy more effective and ubiquitous in 2021. Rounding off this series of discussions in the next two months, we aim to create consensus and commitment around steps to make that vision a reality this year.

For more on philanthropy and systemic change, read about the demand for courageous climate action and calls for the flexible grants that changemakers need now more than ever.