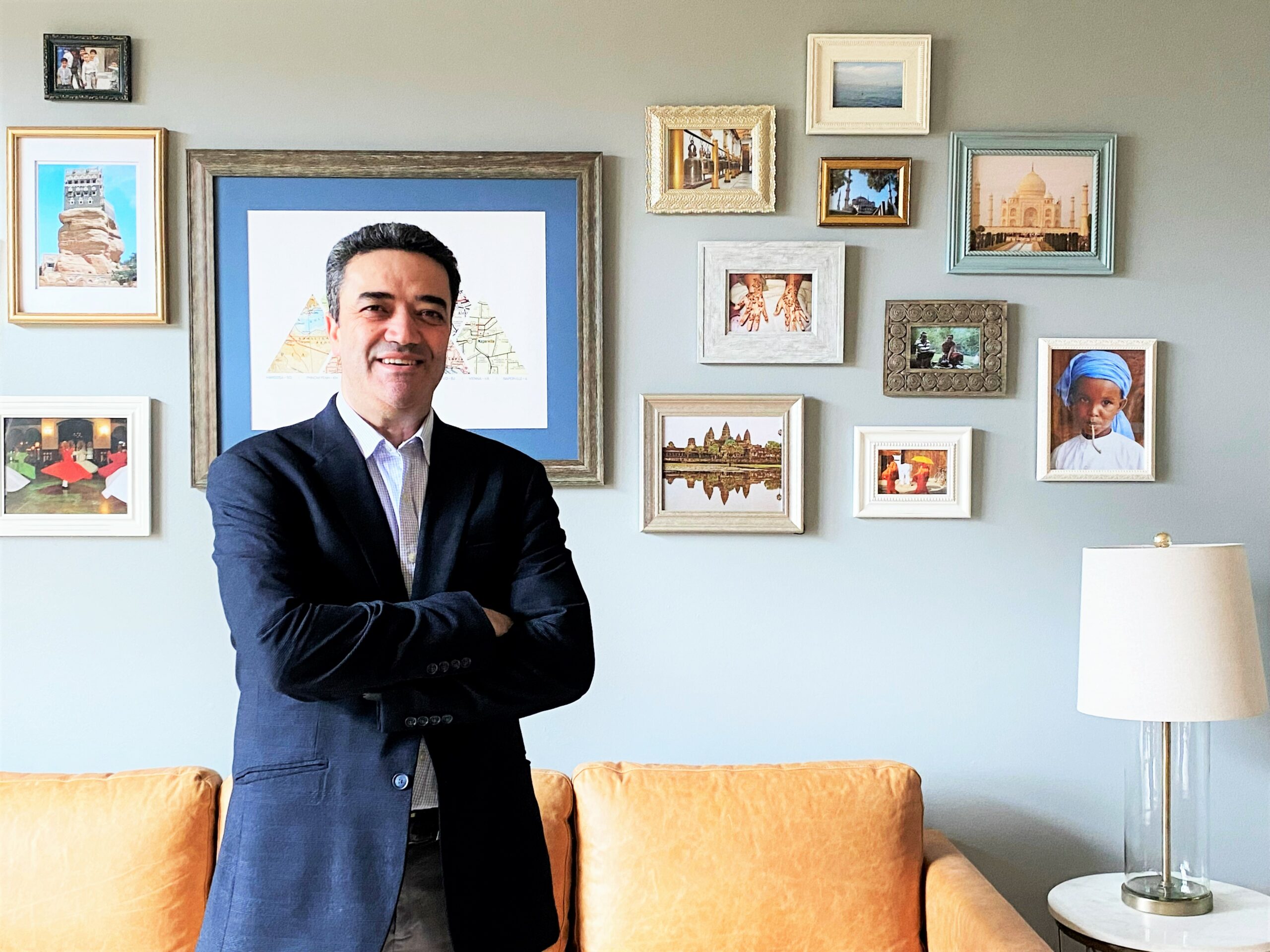 As Director of Programs, Abdechafi’s responsibilities include the sound implementation of Geneva Global’s international education programs in Ethiopia and Uganda through technical and administrative leadership, communication, capacity-building, program design and evaluation, as well as contribution to the strategic growth of the education portfolio.

Abdechafi Boubkir has been an international development professional for the last twenty years. As Director of Programs at Geneva Global, Abdechafi, or Chafi, supports the implementation of the Speed School Programs in Ethiopia and Uganda through providing leadership, technical and managerial oversight and assistance to Geneva Global Ethiopia. He also provides guidance to headquarters staff in their management of Geneva Global Uganda’s activities.

Chafi’s interest in international education started in 2002 when he emigrated to the United States for graduate school. He obtained a master’s degree in education in 2004 while consulting in education in Africa. Abdechafi’s career in international programming took off afterwards. He worked in several organizations at headquarters and in the field. He covered twenty countries, mostly in Africa and the Middle East. His linguistic skills have helped with his progress professionally as he is a native Arabic speaker, fluent in English and French, and a beginner Spanish learner.

International programming is a perfect match for Chafi as he enjoys traveling, learning about different cultures and people, and exploring the world. He has lived in nine countries and visited 35. In addition to traveling, he likes to read novels and play tennis.

What’s an interesting fact that others would not know about you?

When I was younger, I worked with my brother in his carpentry workshop. In addition to doing accounting and project management for his business, I learned to build a lot of wooden structures such as frames, doors, and windows. I was most proud of learning how to carve wood to make the intricate, traditional carved tables found in Moroccan living rooms. They are a beauty.

What book, film, or quote has shaped the way you think?

The first time I read Vladimir Nabokov’s Pale Fire, I did not understand what the book was about, what the book was! It was not my limited English, being a college student studying English as a second foreign language. I had studied Chaucer, Shakespeare, Henry James and many more. It was, actually, the nature of the book, which I managed to understand after reading it the third time: in short, it was a literary critic analyzing a poem while the events of the poem themselves are taking place in real time, or so it appeared. The book had such an impact on me because it taught me to never give up, to try once, twice –or in this case three times—to achieve what you set as your objective. It also helped me understand that things are not what they look like. Appearances can be misleading, and it takes multiple “readings” to decipher the nature of what you are analyzing, be it a person, task, or just a fictional story.

What brings you joy?

Tennis! I love to play tennis, to watch tennis, to read about tennis… you get the point. In my childhood, I played many sports: soccer, volleyball, basketball, etc. But none of them clicked until I started playing tennis as a teenager. There was only one tennis court in my whole town… no coaches, clubs, or good sports equipment; only me, two of my brothers, a few friends, and fun to be had. And boy! How much fun we had!

Tennis is an elegant, competitive sport which makes you work your muscles, brain, and senses. My all-time favorite tennis player is Rafael Nadal, and I was so happy to watch him live in Flushing Meadows at the US Open a few years ago. I’m looking forward to visiting other Grand Slam tournaments in the future.

Why did you decide to work at Geneva Global?

When I saw the job description on LinkedIn for the first time, my reaction was, “Oh my! This is a perfect match. I should apply.” The role is perfect for me because it is a logical progression in my professional career. I have worked in the field of international programming for a long time, and I was confident I could use my skills and experiences to benefit Geneva Global’s international education programs. But I also felt that this role would allow me to grow even more because I would work in a different setting:  a philanthropy corporate versus a nonprofit organization. It was this balance between being able to contribute to the success of the programs and being in a new environment that I liked about the role and made me decide to work here. After I joined, I found that people at Geneva Global were very nice, which is the icing on the cake!