“Without these combined efforts, and without the sound decision of the Sidama REB to adopt the Speed School program, these children would have been left behind, and we would not have seen the joy on their faces!”

The building photographed above may need a facelift, but do not judge it by its looks! What it does not need, or rather, what is abundant in this building is the joyous learning of boys and girls aged 9 to 14 who are part of the Speed School program in Ethiopia.

More importantly, this is the example of a successful government adoption of Geneva Global’s Speed School initiative in Ethiopia’s Sidama region.

Welcome to Tula Primary School in Hawassa City Administration, Tula Sub-City, in the Sidama Region of Ethiopia. This building is home to the school’s Accelerated Learning Program (ALP) class, which is the government-funded and managed Speed School class. The Sidama Regional Office of Education (Sidama REB) took over the funding, management, and expansion of Speed Schools last year. With technical support from Geneva Global and its local civil society partner, Haneshsa Assistance and Development Association (HADO), the Sidama REB opened 90 ALP classes in 2021 and added 140 new ones in 2022.

What makes Tula Primary School’s ALP class stand out is the combination of a highly motivated teacher, a well-trained, supportive school principal, and a forward-looking Sidama REB official. 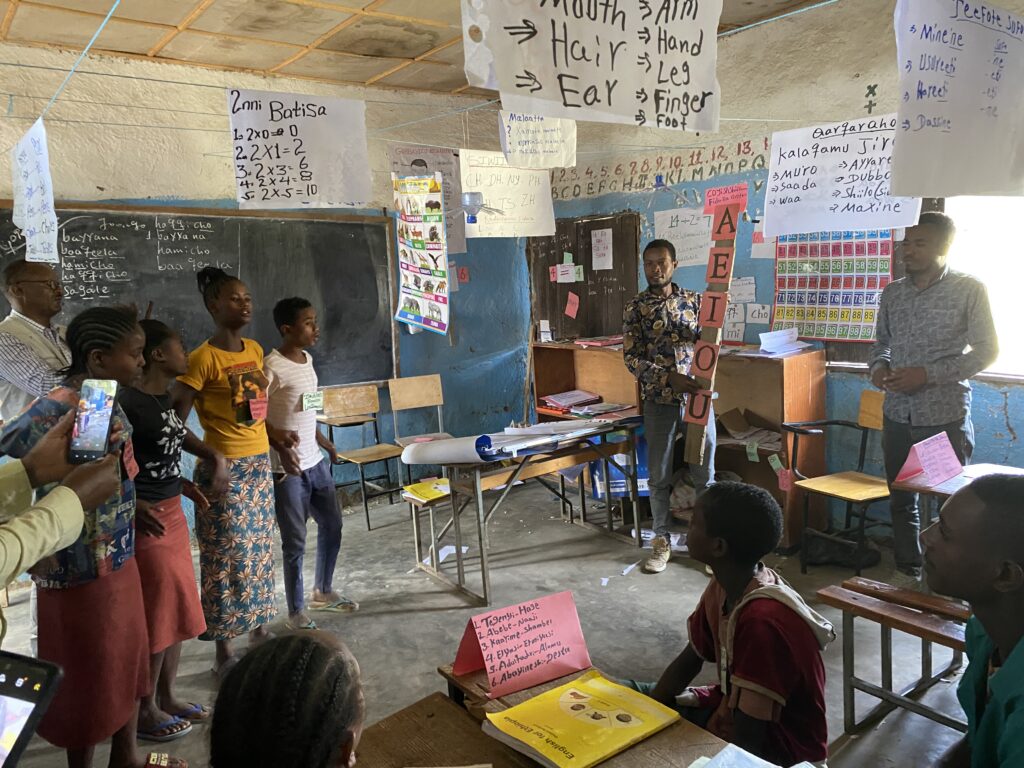 Meet Rijal Aman, the teacher! Mr. Aman is a dedicated, smart, and hard-working teacher. He facilitates the learning in class by dividing his 25 students into groups. He uses student-centered methodologies in his teaching, and he inspires his students to be creative. His class is full of materials and teaching aids he and his students have made from locally available items: there are numbers molded into shape from wet clay and dried under the sun. There are shapes cut out from discarded boxes. There are posters adorning all walls of the classroom with valuable information such as parts of the body, numbers, key words, and the like. In the four corners of the classroom are experiential shops such as a functioning library, a mini store, a bank, and a handcrafts center. Mr. Aman was teaching word formation using different vowels. Each group of students were given a different, yet complementary task: one group sang a song, the other told a short story, and yet another created words with flash cards. In common was the objective of the lesson: word formation using specific vowels. The boys and girls were excited and happy to show their work to their classmates, to share in the learning, and to learn from one another.

This breathtaking environment would have been difficult if not impossible without the support of the school principal. 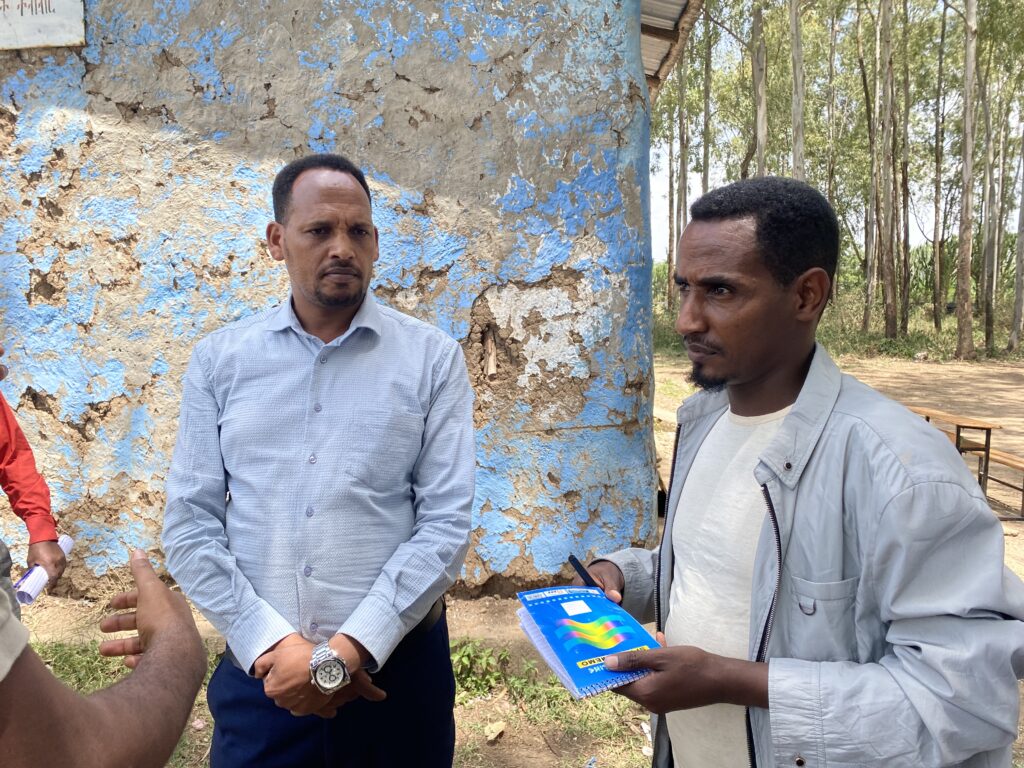 Meet Jamal Bariso, the school principal! Mr. Bariso, photographed on the right, is a serious-looking, yet warm leader. He is not just an administrative-focused principal whose work revolves solely around attendance sheets and reports, important as they are. Mr. Bariso is also a pedagogical leader who supports his teachers in class. With his notebook and pen in-tow, he moves from class to class to observe, take notes, and share his advice with the teachers. He said that when he took part in the Speed School training, he was hooked. He enjoyed the methodologies used in training and wanted to ensure that his school’s APL classroom is equipped with all necessary materials to make it a success. With his school limited budget, the school principal secured all materials available in class. He also pays visits to Mr. Aman’s class to both support him and enjoy the learning therein.

Mr. Aman and Mr. Bariso would not have had this opportunity to lead a successful ALP class if not for the future-thinking decision of the Sidama REB officials.

And yes, meet Tefesse Gebremeriem, the Deputy Head of the Sidama REB. Mr. Gebremeriem, photographed on the left, is a staunch advocate of the Speed School program and accelerated education for out of school children in general. When Geneva Global implemented Speed School Program in Sidama for the first time, he was one of the beneficiaries of the training. He knew well that the issue of out of school children was not being addressed before and that Speed School provided children who had either dropped out of school or had not entered school at all, the opportunity to go back to regular schooling after only 10 months of accelerated education. The initial Speed School classes were all funded by Geneva Global but in 2021 he led the Sidama REB to establish 90 ALP classes that were entirely funded and managed the Sidama REB. In 2022, the number of classes more than doubled. He added 140 new classes and is currently managing a total of 230 classes in 34 of its 37 districts. These classes served and continue to serve 6,380 out of school children in the Sidama region.

When asked about the secret to the success of the Tula Primary School’s ALP class, Mr. Gebremeriem attributed it to the combined efforts of the teacher, the school principal, the supervisors, and the technical support from Geneva Global and its local partner, HADO, who continue to provide trainings. Without these combined efforts, and without the sound decision of the Sidama REB to adopt the Speed School program, these children would have been left behind, and we would not have seen the joy on their faces!