Women Pioneers in Philanthropy Have Changed the Game

Around the world today there are celebrations of women’s achievements. In the work we do on behalf of our clients around the world, we encounter inspirational women who are changemakers in their communities. We work with clients to fund projects that support women who are leading financial and job training for survivors of human trafficking, who are generating critical data about reproductive health by going house-to-house to survey women, and who are providing care to vulnerable children.

One other area where women are emerging as leaders is as philanthropists.

Recent trends in women’s philanthropy are often attributed to the economic, health, and education gains women have made in the last century. More women today have advanced degrees, are entering the workforce, and are earning more than ever before. While we are seeing more women giving—and giving in larger amounts and to more strategic, collaborative initiatives—women have a long history of philanthropic engagement.

It seems only fitting on a day celebrating remarkable women to recognize those who were changemakers in their own right!

In the US, the history of women philanthropists dates back to the 1600s when Ann Radcliffe donated funding for the first scholarship fund at Harvard University.

The patterns in giving among US women that we see today bear some likeness to these milestones in US philanthropy. In the 2015 report on “How and Why Women Give” from the Women’s Philanthropy Institute at Indiana University, one of the key findings is that “there is a distinctive female tilt toward social services,” including health care and education. 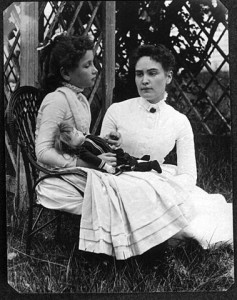 The engagement of women in philanthropy surged in the late 19th century and into the turn of the 20th century. Alongside the gifts of the Rockefellers and Carnegies were names like Clara Barton (who established what is today the American Red Cross), Helen Keller and Anne Sullivan (who established the American Foundation for the Blind in 1887), and Jane Addams (who established Hull House in 1889 and received the Nobel Prize in 1931 for her work). There was also a surge in women’s giving and volunteer societies that brought women together under a common cause.

What I find most interesting is that the outcomes of multiple surveys over the last 25 years signal that women do in fact give differently than men.

The research demonstrates that women:

What’s most encouraging is that as more women give—whether independently or collectively—and talk about their giving, they are inspiring other women to join them. Women are more frequently giving collaboratively with their peers—and are taking more risks and giving more as a result. 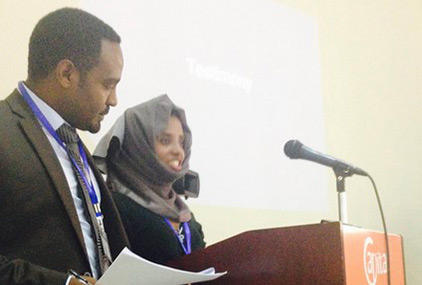 Women’s Organizations Fighting Ebola Should be Funded as a First-Line...

"Women philanthropists are sophisticated in their approach, driven by a social-change agenda"

Women and Philanthropy: Power of the Purse