As a long-time motoring enthusiast, I have learned that there’s more to a great car than a well-tuned engine and stylish design. Both those components are essential, of course, but they don’t guarantee a good driving experience. For that you also need to take into account an easily overlooked factor: the right alignment.

If the axle isn’t set just so and the wheels are not properly balanced, then no matter how high a quality the mechanics and the interior, the vehicle is not going to perform to its greatest potential. The journey will be longer and harder than it need be.

There is a similar imperative for balance on the road to helping bring about a better world. In this case, it is between two parallel emphases—the forward motion of social entrepreneurs and systems-change thinkers. Operating at their best, these two sides can drive change more effectively, but when not in true sync there is inevitable drag.

I believe that, after a period of time in which we have been running without the best alignment, we’re at a place where people are recognizing the need for a re-balancing, if you will: neither social entrepreneurs nor systems-change advocates running ahead, but both moving in parallel.

This was brought home to me recently by a conversation with the leader of a large nonprofit focused on environmental issues. I explained how at Geneva Global we had recently begun to recognize afresh that true, lasting change requires more than just meeting a current need but addressing the complex root causes—bringing about real, systemic change.

Such progress requires the involvement of a systems entrepreneur—an individual or, more likely, an organization—who can bring together all the individual players needed to do their part in changing the whole—from governments and businesses to community organizations and advocacy groups. But these systems-change entrepreneurs will never be successful if they can’t call on everyone who needs to be involved—including those social entrepreneurs whose innovation is so critical.

It seems to me that for some time we have veered from one side to the other on the social entrepreneur/systems change road, emphasizing the need of this one and relegating the importance of that one. During my conversation with the nonprofit executive, I asked, “Why can’t we look at this as both/and, rather than either/or? What if we brought the two together, more in balance?”

To my surprise, my colleague admitted that he hadn’t considered that before—but, he went on, he thought that it was an idea worth pursuing. And I have discovered that he is not alone. Informally and in some more structured conversations with others working in the development space, we’re finding interest in looking more closely at what this better alignment might mean, and what the benefits could be.

My sense is that the time is right because some of the early enthusiasm for what social entrepreneurs can achieve—on their own—is beginning to fade a little. I am in no way diminishing the impact they have been able to make in the past few years. Not only have I seen actual change, but I also applaud the out-of-the-box mindset they have brought to long-standing issues that have stimulated the thinking of others involved in the same area of concern.

But there is growing recognition that, however well they perform in a particular area of concern, without other advances across the broader landscape, social entrepreneurs can only ever be so effective. On their own, they can’t facilitate enough change across the whole area of concern in which they are operating, or do so fast enough.

It’s bit like having the best strings section in the world in your orchestra: if there’s a shortage of wind instruments and the brass players are amateurish, the result will never be a symphony, no matter how you try.

This recognition of the limits of social entrepreneurship on its own has brought renewed interest in the concept of systems change, for a long time relegated to the more academic corners of the development world. I’m grateful for the likes of Jeff Walker, board chairman of New Profit, who with others has over the past couple of years been championing the need for social ventures to embrace systems-change thinking.

The need for a more both/and approach shouldn’t be so surprising, in some ways. At Geneva Global, we have found it to be an essential component of significant change in the successful programs we have been part of in different parts of the world, from eliminating disease to improving education.

What’s needed is top-down change that addresses how the system may need to be revised, while at the same time encouraging and enabling a wide range of bottom-up actions at the grass roots. Too often, I’ve observed that top-down and bottom-up efforts aren’t connected, leaving what I call “the missing middle.” Successful systems entrepreneurs understand that they need to be the ones helping to close that gap and integrate the two. 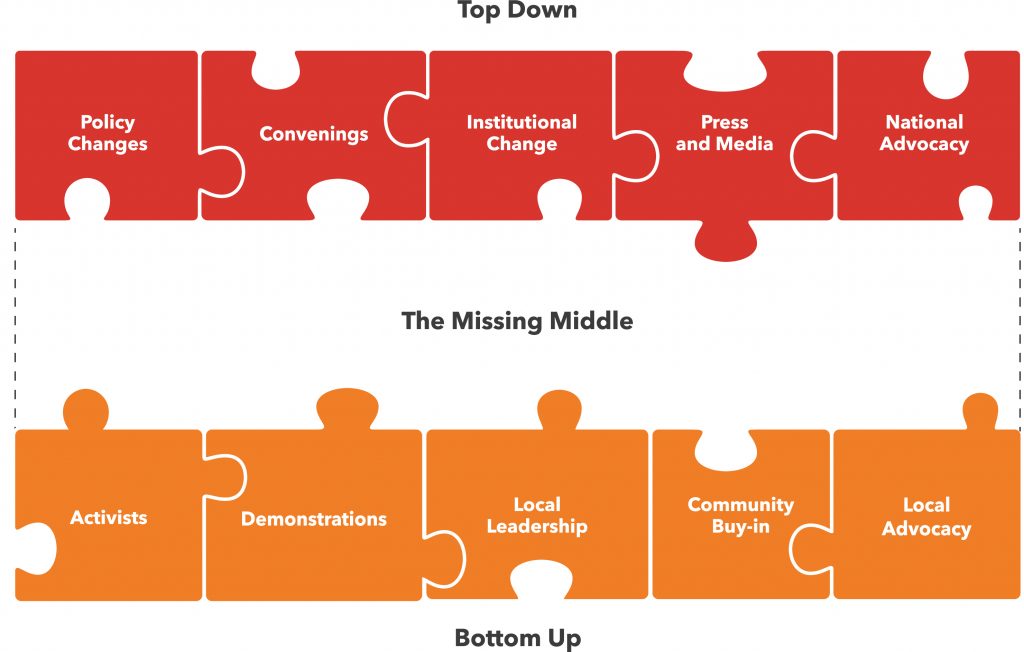 I believe that there is a new opportunity for systems entrepreneurs—like Geneva Global—to bring social entrepreneurship and systems-change thinking together more effectively. We can begin to ask, how can we leverage the strengths of both to make more impact, putting two and two together and making five, if you will? 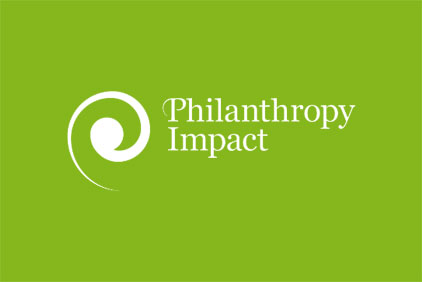