You don’t need to watch more than a few minutes of cable news pundits hollering over one another to figure out that the current political climate has led to more contentious debates over a variety of social issues. As the public reacts to divisive policies or statements, increasingly individuals are using donations to show their support for specific issues. For example, in direct reaction to President Trump’s executive order limiting travel earlier this year, the ACLU received an influx of $24 million in one weekend.

While increased funding can significantly benefit an organization, it’s also important to note that with more money comes enhanced scrutiny on where the funds are being allocated and what they are achieving. For example, the ALS Association faced increased scrutiny and attention after the viral reach of the ice bucket challenge and the resulting monumental $115 million raised in just eight weeks.

To avoid potential pitfalls and strengthen your standing with donors, here are three key questions that any advocacy organization should think through.

With many opportunities to make an impact, where should we focus our efforts?

Start by asking yourself, “What is my organization uniquely able to contribute?”

Organizations who truly understand what they do best and how they contribute the most to their sector are better positioned to succeed. Knowing your organization’s unique value informs your partnership strategies so you can better fill the existing gaps in the sector. From a donor perspective, this also helps prevent duplicative efforts, understand how the organization contributed to wins, and ensures that every dollar is wisely invested.

I’ve worked with organizations that have struggled aligning their coalition partners around the same goal and others who have very clear agreements with partners outlining who is responsible for each objective and activity. In each of these scenarios, it has been beneficial for the organizations to understand where they add value.

For example, I worked with a European organization that wanted to push policymakers to increase funding for Official Development Assistance (ODA), but their other advocacy partners wanted to maintain current funding levels. Therefore, the organization was faced with the difficult decision of whether to maintain the status quo and continue to work within the advocacy coalition or pursue their ambitious goal outside of the coalition.

They chose to go it alone understanding it was a risk, but also embracing their role to push the boundaries on what civil society was pressing policymakers to do. The organization’s choice was an effective step to allow for bolder conversations and debates about the country’s level of ODA. Although they didn’t fully align with the coalition, the organization was still able to identify objectives where they could participate while pursuing their bolder goal separately.

How do you measure what you’re achieving?

Measuring advocacy is an art and a science. Advocacy groups need to draw linkages between the quantitative short-term outcomes and their long-term efforts toward policy change goals. For advocacy in particular, we see organizations struggle to articulate this link and measure their impact.

Ask yourself: “Are we able to measure outputs and outcomes? Do we mix quantitative and qualitative methods? Or do we largely rely on outputs and anecdotes to fill the gap?”

For instance, we worked with an organization that aimed to shift people’s attitudes around funding for global HIV/AIDS issues. Instead of using statistics to shock people into action, the organization created a human connection to people who live with this disease. They were challenged to show the impact their films had on individuals’ attitudes toward global funding. Their expectation was that by shifting the viewers’ attitudes, these individuals would be more likely to advocate for continued funding for global health, which was the ultimate goal.

To measure the impact of the films, this organization created a rigorous assessment to measure individual attitudes before and after viewing their films, and they were able to show statistical significance where it occurred.

Are you ready to adapt or do you stay the course, when other issues emerge that get more attention than your organization’s message?

One of the most prominent indicators of a successful advocacy organization is the ability to be versatile and appropriately react to changes in the landscape. This ability to adapt is at times a missing link, because it takes dedicated capacity, strong leadership, and a deep understanding of the ecosystem to stay on top of the issues. As any agile advocacy organization would attest, you need to know what’s going on in the policy environment and larger public discourse so that you can adapt your plans and messaging accordingly. To do this, you need to measure your work so you can see if something is working or not working—and, even if it does work, you need to know if there are unintended consequences that may cause a greater setback in the long run.

For instance, an organization may want the government to prioritize funding tuberculosis (TB) efforts, but the government—and therefore the media—is focused on immigration policies. In response to this, we’ve seen organizations shift the framing of TB to fit the current national priorities—and for this case, TB was messaged as a way to ensure safety and security at home as well as abroad. This approach ensures that TB continues to be a topic that is relevant in the public discourse and prioritized by policymakers.

The bottom line is make sure your organization understands where to focus its efforts, how to measure its accomplishments, and how to leverage the current political landscape and public discourse. Advocacy is critical to creating a society that works for all—to create systems change—especially for those who are most vulnerable and need a seat at the table. Taking the time to reflect, ask the hard questions, and challenge your assumptions will enable your organization to be one step closer to achieving its mission and creating a more just world. 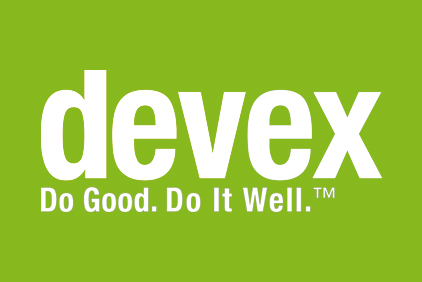 How to Measure the Impact of Advocacy

"...it helps to be aware of our own assumptions of advocacy..."

Measuring the Impact of Advocacy