I am thrilled to announce that we recently launched a new hotspot program in Ethiopia on behalf of our client, the Freedom Fund. The program will focus on preventing exploitation of women and girls migrating out of Ethiopia in search of work and a better life in the Middle East.

I’ve seen firsthand how detrimental the migration routes to the Middle East have become, especially for vulnerable young females.

Young Ethiopians are often encouraged, and sometimes coerced, into leaving their families in hopes of better opportunities due to a lack of income, jobs, or education. They will commonly migrate through Djibouti, Egypt, Somalia, Sudan or Yemen seeking domestic work in the Middle East.

Unfortunately, many become stranded and exploited in these transit countries. Migrant women and girls become exposed to detention, extortion, and severe abuse–including forced labor and sex trafficking. With their passports stolen, and a lack of geographical knowledge, these migrant women become modern slaves. 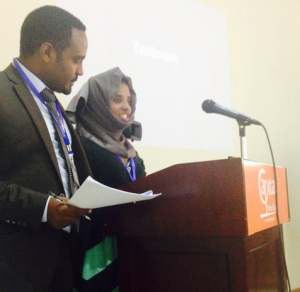 Daniel Meleese speaks with a survivor

Many of these women are sometimes exploited in the commercial sex industry after migrating for labor purposes—particularly in brothels, mining camps, and near oil fields in Sudan and South Sudan—or after fleeing abusive employers in the Middle East.

In 2013, over 160,000 Ethiopian women were deported from Saudi Arabia and sent back to their homeland. Since then, the government has recognized the issue and acknowledged the need to prevent unsafe migration for women.

Geneva Global and the Freedom Fund, alongside the Ethiopian government, are striving to put an end to these illegal migration paths.

In the Ethiopia hotspot program, we have identified seven well-respected, local community-based implementing partners that will each take a unique focus within a comprehensive prevention strategy in order to promote and advocate for safe migration, and provide alternative economic empowerment activities.

We project that through this hotspot in Ethiopia we will impact an estimated 30,970 direct beneficiaries and 159,660 indirectly through media campaigns and community educational events over the next three years.

Our team strategically selected the sub-city of Addis Ketema, within Ethiopia’s capital Addis Ababa, to concentrate all efforts for measureable impact on five key districts, locally known as “woredas.” This area is home to many red light districts, the largest market in Africa, and the main transport area in Ethiopi–a major hotspot transit location for modern slavery and unsafe migration.

Working with our seven partners, local government, and the traditional Ethiopian community structures in place, known as “iddirs,” we will focus on creating a lasting, positive change.

The local implementers will promote vocational studies and education to help women and girls stay in school and learn about unsafe migration while getting valuable marketable skills and employment opportunities in Ethiopia. We will work with government officials to establish migration-related awareness and support at public transit areas, police stations, and market areas.

With community education as the backbone in the program, we are working with the Ministry of Education to advocate for a safe migration curriculum into local high schools. Additionally, we’re working with city administration to create and strengthen community groups as platforms for open dialogue and action on safe migration and anti-trafficking. The intent is to teach the realities of migration while providing life skills for better-informed decision making of young females.

We have a long history of helping clients combat human trafficking, and we’re pleased to be supporting the Freedom Fund’s bold mission of ending modern-day slavery. 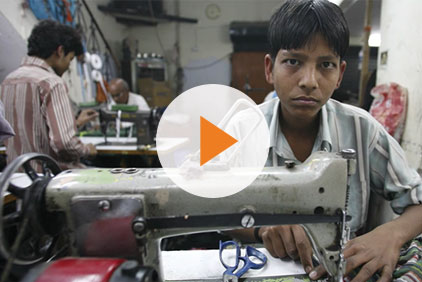 Client Profile: How the Freedom Fund is Ending Modern Slavery 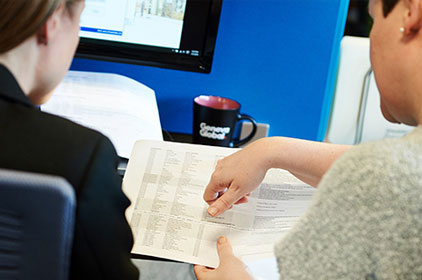 What Makes for the Best Nonprofits

The Business of Modern Day Slavery

I Want More Scale and Sustainability